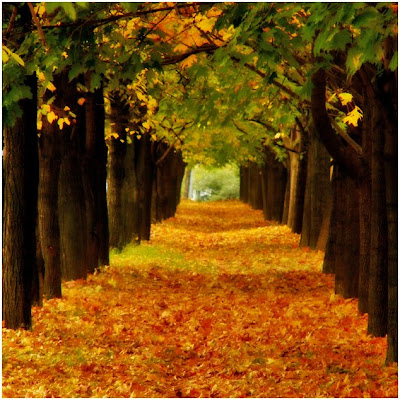 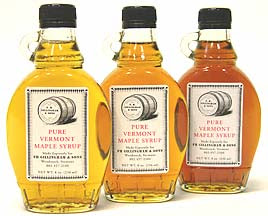 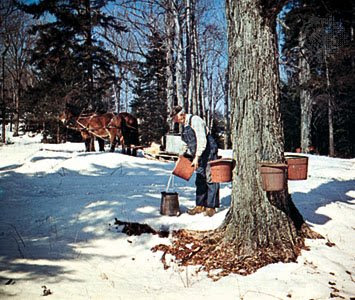 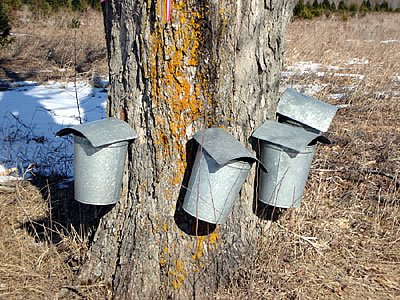 It would be difficult to exaggerate the beauty of New England in October, and nothing is more beautiful than the maple trees, but their beauty is not confined to the outside of the tree. Within is a treasure as well, and nowhere in the U.S. is more famous for its maple syrup than Vermont (Aunt Jemima and Mrs. Butterworth need not apply. Don't trust that watered down sugar water).

This morning our house cleaner Debbie Wright, who with her husband does sugar mapling, gave me a short course in maple syrup of which there are various grades and configurations depending on when one taps the tree and where one is in the rising of the sap process. In general the darker the syrup, the more actual maple it has in it and the less pure sugar. The grades are fancy (least dark and most sugary, at least to some tastes), medium, amber, dark amber, and grade B (i.e. the coarsest). Its almost like the way ales are judged in terms of their amber color. Maple syruping happens in late February in southern Vermont where I am, and further north it can run as late as sometime in March. It also depends on what sort of winter it has been. Estimates say that upwards of 350,000 gallons of maple syrup are produced in this state every year. That's a heck of a lot of pancakes to soak that up--- say several million.

The Vermont Living website has the following to say: "Many maple sugarmakers now use plastic pipelines and boil down the sap in modern stainless evaporators, but some still gather and boil the old fashioned way; with horse drawn wagons and wood fired evaporators. The sugar shack steam is a welcome sign of spring to come.


Visiting an operating maple sugar shack is an unforgettable experience. The aroma of boiling sap and the taste of fresh maple syrup are guaranteed to bring a smile. Try old fashioned sugar on snow, or warm maple syrup over ice cream. A Vermont sugar-season tradition is a "sweet and sour" - maple syrup followed by a bite of pickle."

Somehow I can only imagine extreme mouth puckering after having maple syrup on ice cream and then trying to eat a sour pickle there after--- YIKES! What is wonderful and more common is to have a Vermont apple pie with Vermont cheddar on top warm up. Yummm..... They even have it on the breakfast menu around here!

If you want to understand why real maple syrup is costly, consider the man hours required to tap the sap, do the boiling, do the distilling, do the bottling etc. Its not a cheap process. But people have been coming to Grafton and other nearby villages for their cheese and syrup for centuries.

Grafton used to be on the old stage coach road, and the Old Grafton Inn and Tavern were a regular stop from 1801 on. It was visited by U.S Grant, Rudyard Kipling, Oliver Wendell Holmes, Teddy Roosevelt, Woodrow Wilson, to name but a few. The well heeled loved to come to these inns in the 19th century for a little R+R.

There was however after the beginning of the 20th century a sharp decline in both the Inns and the native cheese and syrup industries around here, due to the sharp decline in visitors. Why? The automobile. When you could travel so much faster, you could zip through Vermont in a relatively short period of time (even with the many dirt roads, which still proliferate around here). Like with so many things, the cost of progress was regress in the old values, the old verities, the old industries. Some of them are making a comeback though (hooray). If you ever get to come to Vermont in February, then I suggest not only a visit to the Grafton Cheese Factory, but hooking up with the genuine hard core sugar mapling folks and going and watching this amazing process. I'm betting your reaction will be like mine----SWEEEETTTT!

BW3
Posted by Ben Witherington at 9:30 AM

One of your comments brought back a short lesson in "who is really a Yankee?". I think it dates from my years growing up in New Hampshire (1960s).

Ben, I really appreciate these blogs from New England - especially as they relate to the culture and weather!

I grew up in western New York. But, I have lived in the south for too long (GA, NC, AL) and now that I'm in Birmingham, AL I sorely miss the many northeast events and culture that you have chronicled but enjoy them immensely.

The snow pics the other day were Fantastic! I love it.