Eric Liddle-- A Christian for the Ages 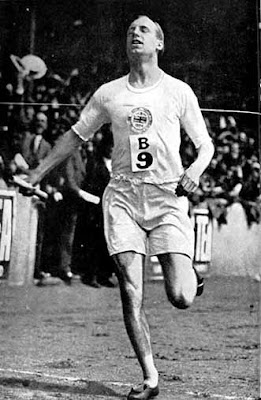 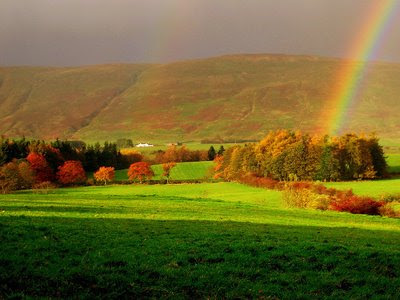 One of my all time favorite movies with a Christian theme is the 1981 film entitled 'Chariots of Fire' a story about two runners, one a Jewish Englishman named Harold Abrams, one a Scottish Evangelical named Eric Liddle who both did remarkable things at the 1924 Olympics in Paris. NBC and Mary Carillo this afternoon did a wonderful tribute to Liddle, which if you can find on their website you should watch it. What Carillo rightly points out, is that Liddle was the first athlete born in China (of missionary parents in 1902) to win a gold medal at any Olympics.

Eric Liddle lived a short life (1902-45), but the importance of a life cannot be measured in its quantity, rather it must be measured in its quality, and as Carillo movingly said, "most athletes come to the games desiring to be great and do great, Eric Liddle came to the Paris Olympics desiring to be good, and to do good." Liddle famously refused to run in the race that was his speciality because the heat was on Sunday, and he was a strict Scottish sabbitarian. Even the pleas from the royal family went on deaf ears. This was a great blow to Britain recovering from WWI as Liddle was undoubtedly the best in the world in 100M. But his old rival whom he had beaten in that very distance before, Harold Abrams, ran and won the race for Great Britain. Liddle however was persuaded to run the 400 meters. As his daughter Patrica Russell tells the story, the thing was he ran it as if it was the 100 meters. He ran it like an all out sprint, smashing the world record, winning by a comfortable margin. There is a famous line in the movie 'Chariots of Fire' where Eric's sister is arguing with him about his going to Paris instead of going instantly to the mission field in China. Eric's response was memorable, "God has made me to be a missionary, aye, but he has made me fast, and when I run, I feel God's pleasure". I know exactly what he means, having been a runner most of my life. When I ran the Boston Marathon in 1993 on an unusually hot muggy day in April, I came down to the last few miles on fumes, and kept saying to myself "are you running with me Jesus", "are you running with me".

Eric Liddle after the Paris Olympics did return to the country of his birth, China, where he was a missionary. Unfortunately, China was invaded by Japan, and Liddle had to send his family home to Canada (his wife was Canadian), and he himself ended up in a concentration camp with many others 300 miles south of Beijing. In the camp he pastored and taught and loved his fellow inmates. In the Carillo piece, one of the interees said that Liddle taught him that he must pray for the Japanese who had done this to them, for the NT says 'pray for those who persecute you'. Liddle was a genuinely Christian person from start to finish in his 43 years of life. Only six months before the liberation of China by the Allies in 1945, Eric Liddle became suddenly ill, and then died. He had a massive brain tumor. To this day, the Chinese do not erect monuments to foreigners on their soil, but they made an exception for an exceptional man who called two nations his home. Still today you can see the monument erected with an English script and a cross on it honoring Eric Liddle for his good work in China.

Though what Michael Phelps accomplished at this Olympics will long redound to his glory, what Eric Liddle did both at the 1924 Olympics and throughout his life will redound to God's glory, and, as those bonny Scots would say, "that's more than a wee bit greater."
Posted by Ben Witherington at 12:12 PM

Thanks for posting this.
Liddell is a wonderful example for all of us.
May God grant us all to run His race and achieve the goal of His being pleased with us.

I saw that segment too and it brought back to me the word from the movie that Eric said,"When I run I feel God's pleasure."

I only wish we could do that also as much as Eric seem to do.

Can anyone help me find the link to the video, I cannot find it on the nbcolympic.com website. I would like to show it to my father. Thanks

Thanks for a wonderful piece. It's so encouraging to read this on a Sunday and at the end of the Olympics.

Maybe if you type in Mary Carillo you can find it, since it was her special piece.

i saw that piece it was well done. i especially liked the recap where she compared today's athlete wanting to be the greatness that comes with athletics today and she said his only dream was to be a good person & good athlete

Thanks for this good post about a very good film and a great man.
I am not aware of the existence of a monument for Eric Liddell in China. Do you have any idea of its whereabouts?
BTW, there is a monument of his inside the Methodist Church's Central Hall in Edinburgh (apparently he was a Methodist missionary), and his gold medal is on display in the Old College of Edinburgh University where he graduated.

Quite a memorable example indeed. I simply walked, some decades ago now, 40 kilometers for four days at a row and that festival unfortunatally ruined my 'running career' for life.
Since that time I easily give up, afraid of, whatever.
This morning in church the Olympics of 1984 was used as an example. With extreme perseverance a lady runner reached the finnish, totally exausted to the point of complete breakdown. It brought back a memory to my mind of a book cover (1982): Into Action, by Charles Marsh, with a group of runners. Ans I just found out with a foreward by George Verwer, whom we happen to have had on big screen this morning as well. And just now this Eric Liddle bloke of yours. I think I will read this book the coming weeks and maybe find out...

Twilight Zone. Last night I was trying to remember his name. (I knew nothing of the tribute.) This morning I check your blog and there it is. Thanks for answering my question. :)

Hang in their Marty, and don't ever let your fears tell your faith what to do.... :)

Just discovered your blog because I was comparing notes to a post I just did about rock and roll voices....It seems we have a few things in common. Are you a Christian? I was for many years. Stop by my classic rock blog if you want and add your two cents :)

I'll be back to read more.

Thanks for this great post on a hero of mine since childhood. I've posted some of my own reflections on Eric Liddell today as well.

A seminary professor of mine told us that Langdon Gilkey (a prominent Liberal theologian) was in the concentration camp with Eric Liddle. Gilkey wrote about the experience in Shantung Compound (he mentions Liddle, but uses a different name). I've been meaning to read Gilkey's book for some time, but haven't done it yet.

"Chariots of Fire" is one of the best movies of all time.

There is a new biography of his that I recently picked up and so far its not to bad. Pure Gold by David McCasland.

I can't believe I missed this piece! As a Christian, a runner, and a lover of all things Scottish, this movie and the story of Liddell continues to move and inspire me. Can't wait to see the NBC link! Thanks for the great post.

I read somewhere that Churchill had worked out a prisoner exchange that would have included Liddell, but he gave his place to a pregnant woman.

I was at the University of Chicago in 1981 and took classes with Langdon Gilkey. I wish I had known about his connection to Liddell. I would have liked to talk to him about it.

BTW...Liddell was Presbyterian...not Methodist as a previous poster suggested. Don't know that there are too many Methodists in the home of Knox and the Presbyterian Church!

Yes Ed, you are quite right, he was a Presbyterian. It is interesting that there are Methodists in Scotland, but they are thin on the ground. What is especially interesting is that despite the fact that Methodists are by percentage so much smaller in number in the U.K., they have nonetheless produced quite the A list of NT scholars. I'll let you figure out which ones.

What a great example Liddell set, a great man in the classic sense for sure. And Chariots Of Fire - what a great movie.

Here is a link to a picture of his monument in China:
http://wisbc.files.wordpress.com/2008/03/liddell-monument.jpg

Here is a clip of the Chariots Of Fire Finale (betcha can't watch this with a dry eye!)
http://www.youtube.com/watch?v=GPB7r0UpNIE

Great blog, as usual. keep up the good work and God bless.

Liddell is stillrevered in China

Liddell's tory is still bringing people to the Lord
http://www.telegraph.co.uk/sport/othersports/olympics/2436938/Eric-Liddells-story-to-set-Chinese-hearts-racing.html

One of his daughters married a Methodist

Readers may be interested to know of my recent biography of Eric Liddell, entitled 'Running the Race' produced by Evangelical Press in the UK. This has been translated into simplified Chinese. No doubt the continuing fascination with Eric Liddell lies in the fact that (as one writer put it) he was 'more than an athlete.' His life was exemplary and a wonderful role-model for young people, athletes or not.
Incidentally, he was actually a congregationalist, not a methodist or presbyterian. He became an ordained minister in 1932.
Readers will also be intetested to know that I helped with the script of Chariots of Fire in which a character (Col. John Keddie) was named after me by Colin Wellend! The story of this is found in the book.

I'm pretty late in adding this but we have an excellent runner in the Eric Liddell tradition here in the USA. Ryan Hall, one of the 3 runners who represented us in the Olympics tells of his faith in this moving video (moving to me as fellow marathon runner):

If you ever need a pick-me-up just grab a copy of "Chariots of Fire" and immerse yourself in a classic film made on a relatively small budget by Fayad in just a matter of days. The screenplay, scenery and music are worthy of your time whether a runner or not.

The Academy Award winning Best Picture tackles social and religious issues while abiding by historical facts (imagine a Jewish runner and a coach of Arabic descent!) We sorely need more movies of this stature. Watch it again and again, you'll get hooked! Superbly cast, these most capable actors make otherwise ordinary scenes bring tears to your eyes, smiles to your lips and a longing for more movies like this!

Great direction and editing. Watch how the storm clears up as Eric gives his post-race speech.

Thanks for providing a forum for sharing thoughts on a great man and on one of the finer movies ever produced.

Eric Liddle ran for God, I am so proud he was a Scot & we are honoured to have such a fine human as one of us. God bless you Eric surely our favourite son! Alba gu brath!