The Underwater Archaeology Museum at Bodrum 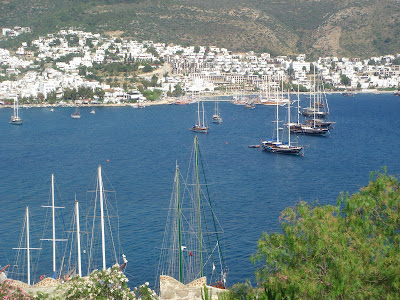 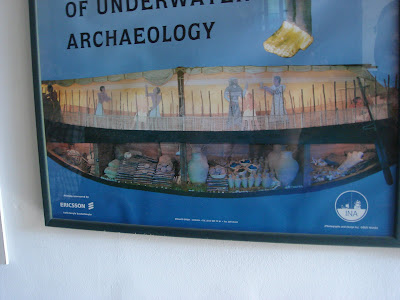 Nestled on the southwest coast of Turkey is the beautiful resort town of Bodrum, which is actually an ancient Roman (and before that Greek) harbor town. Not surprisingly, there are many shipwrecked boats not far from this harbor, which as you can see, is still a safe haven for boats. And so there could hardly be a more appropriate spot for an underwater archaeology museum (no the museum is not underwater, its in a Crusader castle actually). The pictures below show you a boat, full of amphora that went to the bottom of the drink, loaded with drink (more specifically wine. Now that wine had been chilled for 2,000 years before it was brought up).

The first picture is the schematic of what the original boat looked like, the second shows the boat from the side. On the left side of the fourth slide (underwater slide) you will notice the large slabs of gold plate. Gold was used for many things, but before money was the basis of any economy, precious metals, and especially gold were molded into large plates of a specific weight (the ancient equivalent of gold bricks), and became the basis for trade and purchase.
There is a further picture of the boat from a different angle, and then some of the actual gold salvaged from the boat itself. In stark contrast is the last picture, of a stone anchor. We tend to think of anchors as made of metal, but the ancients saw that as a waste of good metal, causing it to rust, so they tended to use stones like the one pictured below. Recently, there have been spectacular underwater finds in the Bosphorus near Istanbul as well. My friend Meltem has kindly provided me with links to the National Geographic sites where one can learn more about such excavations.
National Geographic has just made a series of documentaries about the new construction under the Bosphorus and the excavations under the water
The links are ;
http://channel.nationalgeographic.com/series/explorer/3106/Overview#tab-Videos/05397_00 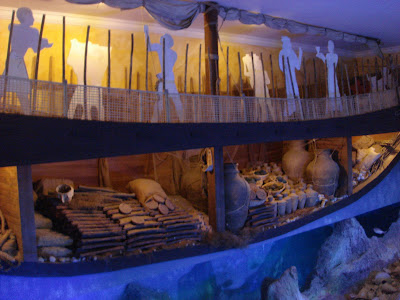 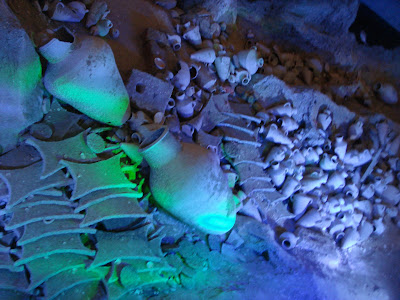 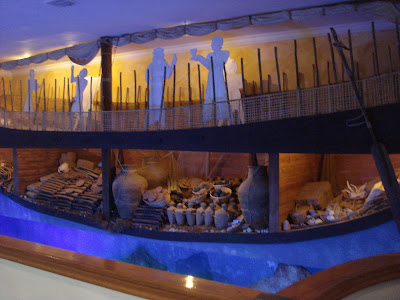 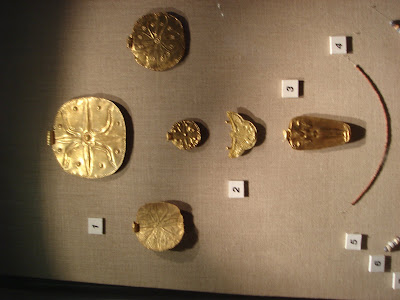 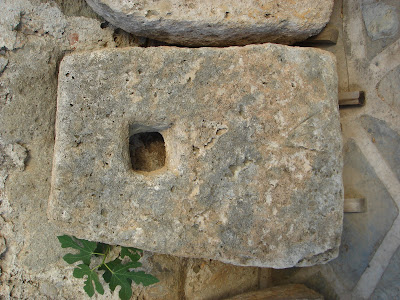 Recently, on one of my many flights I watched a movie entitled Fool's Gold with Kate Hudson and Matthew McConaughey and Donald Sutherland. It wasn't a very good movie, but it did deal a bit with the hard tasks and dangers involved in underwater archaeology. A good deal of progress has been made in this field, and I am happy to report that before long there should be much to say about what has been found in the Alexandrian harbor as well in Egypt. Stay tuned. As it turns out, some archaeologists are all wet :)
Posted by Ben Witherington at 1:28 PM