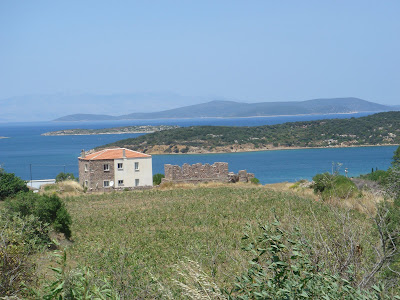 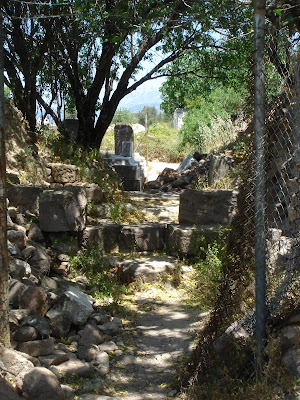 Set on a hill overlooking the beautiful Aegean is the ancient city of Erythrai. It is not on anybody's tour itinerary, because it has hardly been excavated. Some of it simply sticks out of a farmer's plot of eggplants. The theater still has various steps intact and a tremendous view from the top (see the picture of me and my good friend Levent sitting on the top row of theater seats. Yes that's me wearing a Turkish football jersey, for Levent's favorite soccer team Fenerbache. The colors are the same however for the Carolina Panthers :).

As the Turkish sign tells us, this city was an important Greek city at one juncture, and the famous traveler Pausanias (see his famous work Descriptions of Greece etc.) visited it and commented on its splendor overlooking the sea. To judge by the size of the theater, the population of this town was probably about 15,000 or so at one juncture in antiquity. Like so many other Classical and Biblical sites in Turkey, the sheer cost of excavating all such promising sites and maintaining them has made it impossible for all such sites to be dug. Notice the beautiful keystone arch from the theater just lying on the ground untouched. Notice also the purple thistle and the poppies-- the former being the bane of the archaeologist's existence with its serious prickers.

In my estimation, having now traversed from the eastern to the western end of Turkey, I would reckon there are perhaps 100 times as many important unexcavated sites of Biblical and classical importance in Turkey in comparison to Israel. In part the fault lies with NT scholars who have done nowhere near the amount of spade work as OT scholars in unearthing our past. NT archaeology continues to be the step child of OT archaeology unfortunately, and it is a pity since there are so many more NT sites of interest that we have yet to assess. Here is a city from the Ionian League just sticking out of the ground and begging to be unearthed. But alas, while the harvest is vast and plentiful the workers and funds are few. 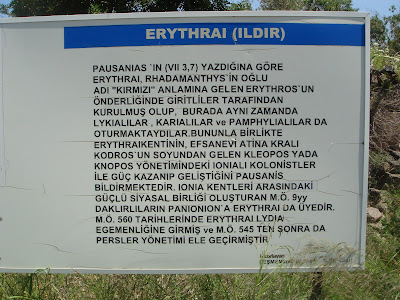 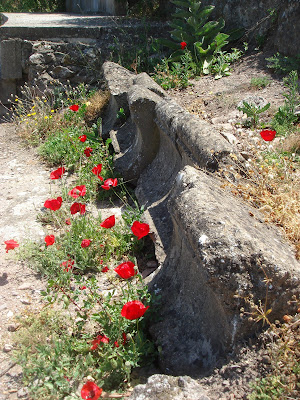 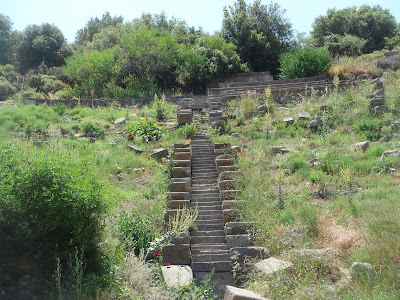 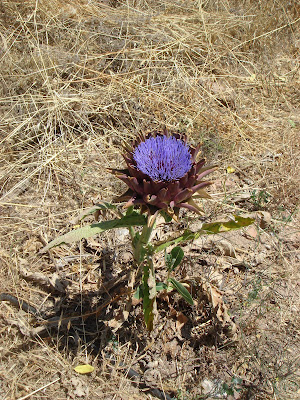 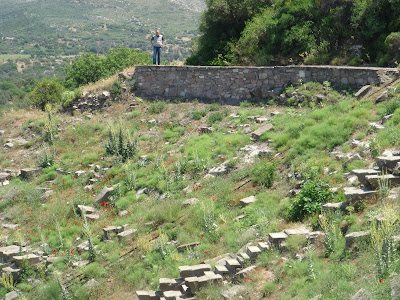 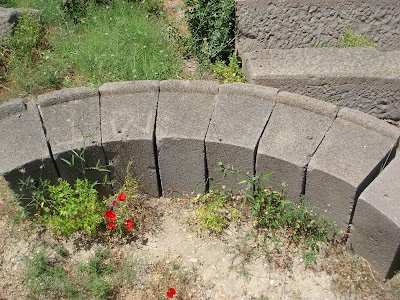 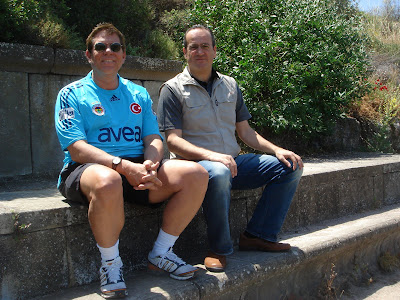 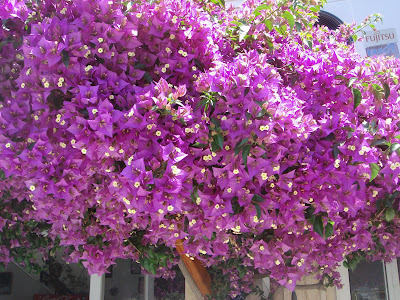 Posted by Ben Witherington at 12:11 PM