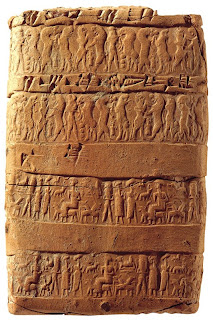 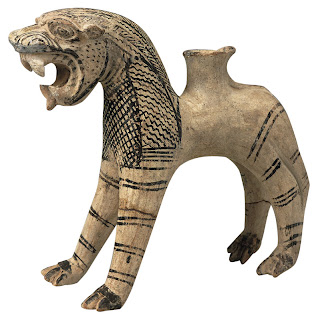 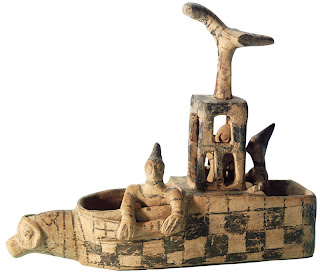 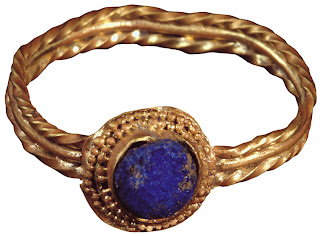 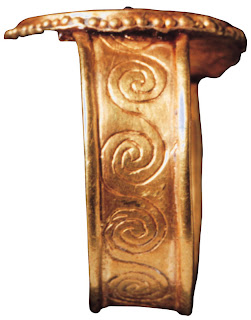 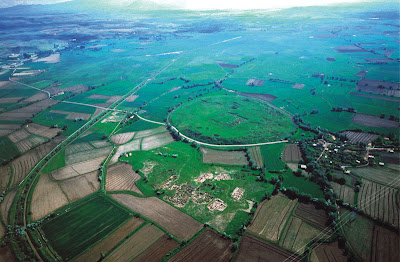 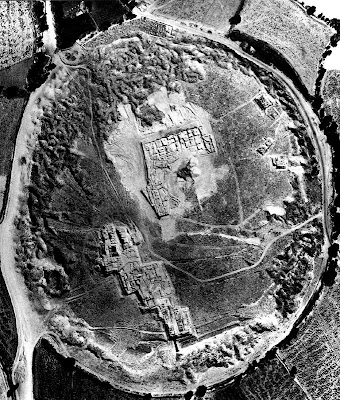 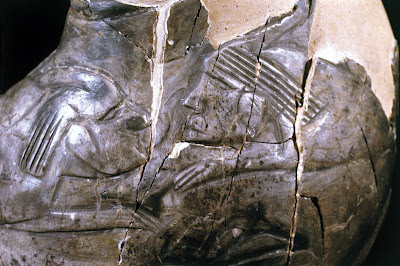 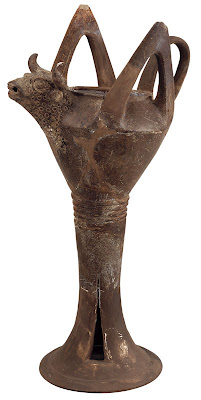 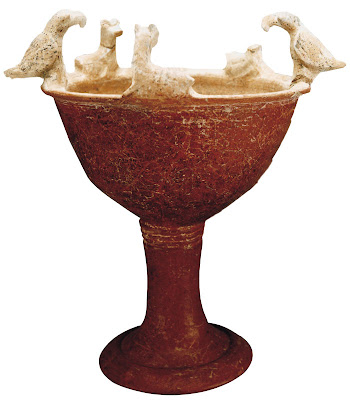 Approximately 15 miles north of Kayseri in south central Turkey are the now famous Kultepe-Kanish Excavations, which are of direct relevance to OT studies, as this site provides us with a clear link between the Assyrians and the Hittites. This site is a rather rare one in Turkey, in that excavations have gone on for almost sixty years now with some remarkable results. I have here two pictures give you an aerial view of the tumulus mound that has been being excavated all these years-- a tumulus like a tel, is an artificial hill, man-made in nature forming a city site or a burial site or both.

One of the most significant finds is of course the cuneiform tablets, some 20,000 of them (!) which appear to be the oldest written documents ever found in Turkey, some dating possibly as early as 2,000 B.C. (see picture above). What links these older cuneiform tablets with the later Hittite finds is that there is a gold god Hittite statue found there, the same god that appears in the much earlier tablets. This, among other things has led the archaeologists digging this site to suggest that Hittite civilization was just the continuation of the Assyrian civilization.

Here you see some of the drinking vessels and lamps that have been uncovered from the site, showing the level of artisanship in the city. Also present is a picture of a Hittite warrior with moustache. The boat at the top of this post may well be the Hittite version of the Noah's ark boat, since their capital was near Ararat, and the story existed in various forms throughout the ANE (cf. Enuma Elish, and the story of Utnapishtum).

Finally I have included some jewelry pictures as well, demonstrating the wealth of this city. These are the kinds of finds which Biblical scholars need to study closely and learn more about, if they hope to assess the relationship between the Israelites, the Hittites, and the Assyrians.
Posted by Ben Witherington at 12:39 PM