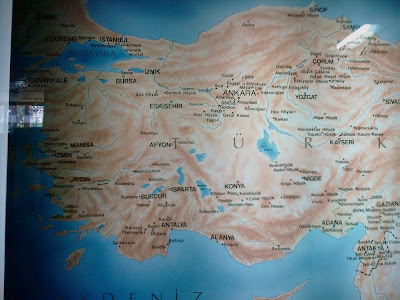 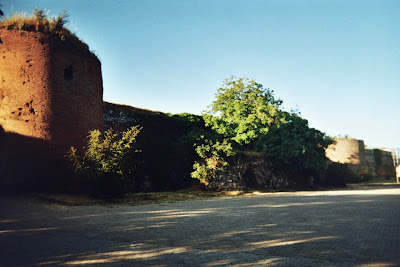 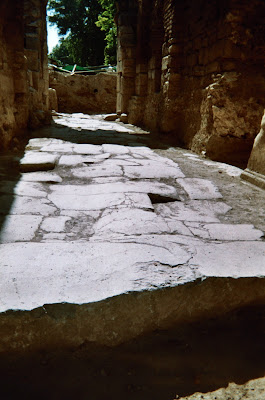 In this post I am simply trying to give you a feel for the modern city of Iznik (population 20,000). The major industry here today is not tourism, as one might expect, since Iznik is off the beaten path. If you look carefully at the map here, and look at the left side near the top you will see the name Iznik right beside a small body of water, and not too far from the Bosphorus and Istanbul. This city however is well off the regular tourist run which sticks much closer to the west coast of Turkey, only venturing in land to go to Pammukale (Hierapolis), or perhaps Cappadocia. This northwest corner of Turkey has been neglected by tourists, and it is a pity.

The second shot here shows just how intact the Roman walls, enhanced by the Byzantines, and then the Ottomans, are. Recent excavations have unearthed more of Hadrian's gates, and also his aqueduct. 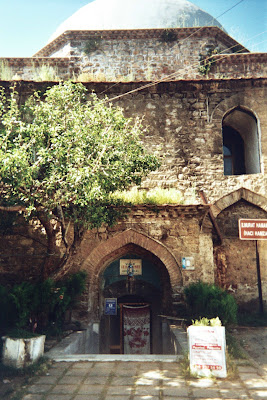 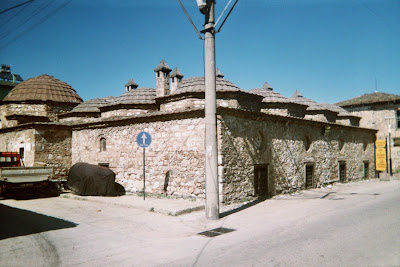 You'll see one of the gates and the Roman pavement in the next picture. Adjacent is the picture of the Turkish bath, from the entrance and then from the side, which is now the Iznik tile museum and craftsman shop, a definite place to visit.

I have included a couple of street scenes to give you the flavor of the center of town, which has gorgeous tree lines but narrow streets. Notice the vendor selling hot steamed corn on the cob on a stick, a Turkish favorite. 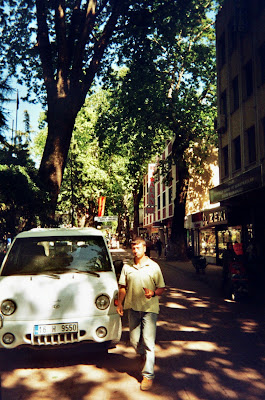 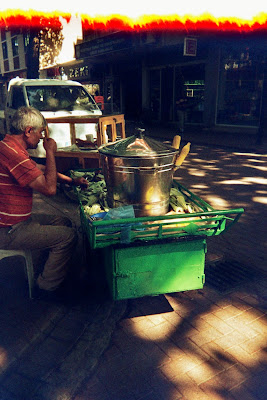 The three pictures that follow show the recent excavations at Hadrian's gates. 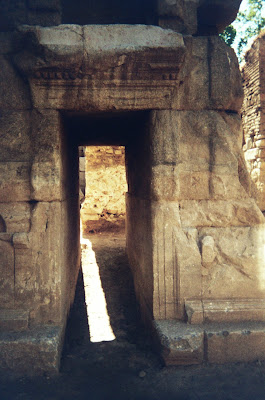 There is then a picture taken from the graveyard which overlooks the whole city, giving you a panorama of the city and its lake.

This is followed, sadly by a shot of most of what is left of Constantine's Senate house on the lake where the first council of Nicea in 325 was held, and this in turn is followed by a shot of a scene that all the early Romans and Christians must have admired many times-- dawn, over the placid waters of lake Nicea. 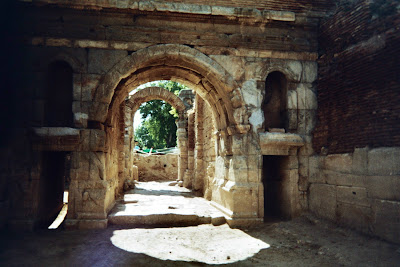 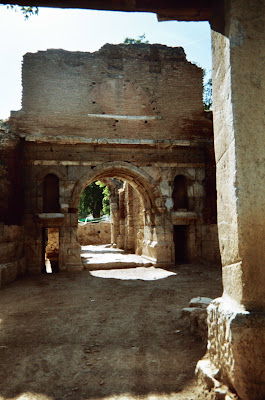 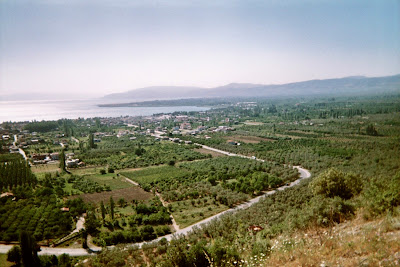 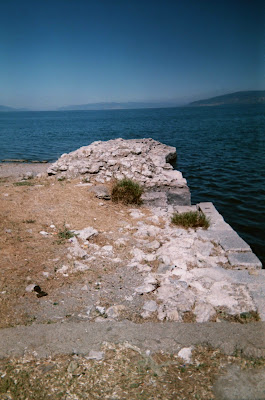 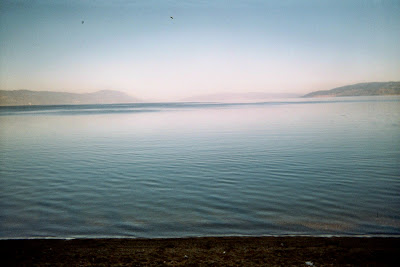 Posted by Ben Witherington at 7:36 AM

What an amazing trip! It must be getting quite hot there by now.

(We confess the Nicaean creed every time we have communion. I had no idea where it was exactly.)

Actually Brigitte it is normally quite manageable in Iznik with the breeze coming off the lake, and all the tree lined streets.