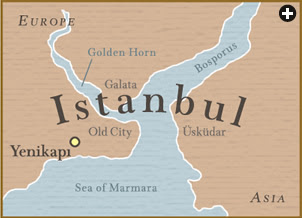 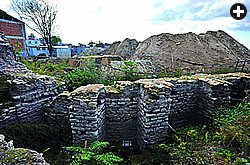 It is both true and fair to say that Constantine changed the world when he legalized Christianity, and allowed it to thrive. By the end of the 4th century A.D. when Theodosius was the Emperor (and in fact the last Emperor to preside over both the eastern and western halves of the Church), Constantinople (from which the name Istanbul probably is derived) was the center of a booming world economy which among other things was creating a rapidly expanding Christian Byzantine culture.

The Yenkapi dig, besides being hugely important in revealing the mercantile and seagoing character of that culture and Empire, open's a window on how Christianity spread so rapidly in that era. Here is the link to the full story about this dig (kindly sent by my friend Meltem Chiftchi).

It is not beyond the realm of possibility that Constantine's Palace will one day be found, and with it, many, many early Christian manuscripts which could revolutionize text critical studies of the NT. It is a consummation devoutly to be wished.
Posted by Ben Witherington at 4:30 PM

I see a pool of drool collecting…

There would be a lot of republishing following that! I would have to re-build my library!

It is unlikely that any manuscripts would survive in the cold and dark conditions underground. Paper doesn't like it; and parchment is made by a process which is reversible in the process of humidity.

But a most interesting article anyway.