THE PARABLE OF THE PEAR TREE 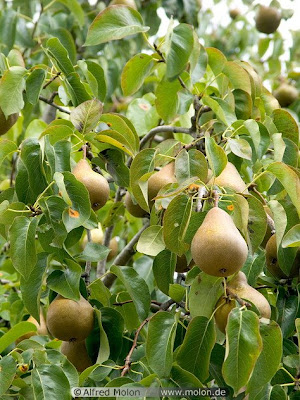 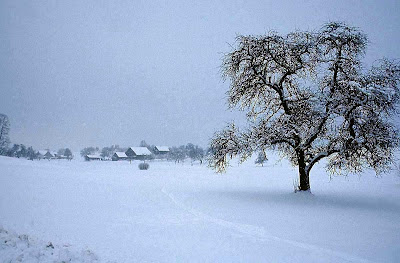 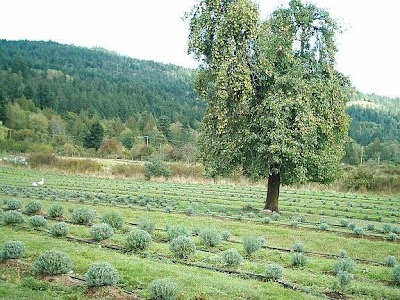 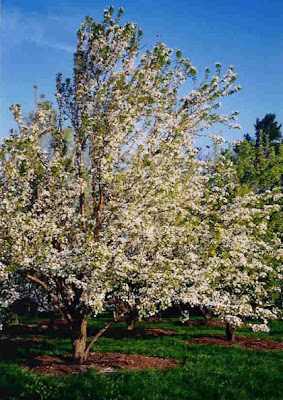 Our Asbury student Scott Cozart told the following parable in chapel this morning.

A father wanted to teach his four sons the lesson of not judging something or someone too quickly, and so he called his four sons together and said "I have a task for you. I want you, my eldest son to go out into our fields and take a look at the pear tree and come back and tell me what your evaluation is of its condition."

So the eldest went out and saw the pear tree. But it was winter, and the son saw the tree on a harsh winter day and reported back and said to his father. "I see nothing of promise about the tree. It appears old, and gnarled and has no blooms on it at all. I doubt it will survive the winter."

Three months later the father sent the next eldest son out in the spring to evaluate the pear tree. The son came back saying "The tree is very beautiful, with white blooms, but it seems purely ornamental, it has no fruit, nor any sign of ever bearing any. I doubt it will be of much practical use to us."

Three months later the father sent the third from the eldest son out in the summer. The son went out to see the tree and came back reporting: "the tree seems to be growing and doing well, and it is full of leaves, and I could see some fruit, so I picked one and tasted it, but it was bitter, not fit for human consumption. I doubt it will prove of much use to us."

Finally three months later the father sent his youngest son out to see the tree once more. This time the tree was full of ripe beautiful golden and red pears. The son tried one and came back with the glowing report "Father we must come quickly for the harvest is upon the tree, and it is heavy laden and needs us to pick the pears for they are ripe and delicious now."

The father called his four sons back together, and said, "You see each of you have observed well the condition of a the tree at a particular season of the year, but your judgment of the tree was only partial, and made too quickly based on what you saw on only the one occasion. See to it that you never judge human beings this way. Never evaluate them too quickly or on the basis of one encounter, for it is unfair and unwise. Indeed all living things should only be evaluated over the course of time and after repeated careful inspection, for who knows but the ugliest and most unproductive of living things might some day turn into the most beautiful and fruitful."
Posted by Ben Witherington at 1:27 PM

Thought you might also enjoy my "Parables of the Cancer Cell."

Thanks for sharing this parable. I work in the field of counseling an many times I hear colleagues brag about how quickly the can "figure someone out. I just want to say to them, maybe you have missed the point. I'll be sure to pass this along to them. Thanks!

very good Ben. i recenlty blogged on 'every thing in it's season' I think we would all benefit by allowing room for the things we dont intially understand. God bless, John

a very good parable indeed.
and a good one for me to keep in mind while thinking of how God changes us and how we all go through different seasons.

we can all be percieved very harshly in times of winter. harsh judgment is like the cold winter winds.