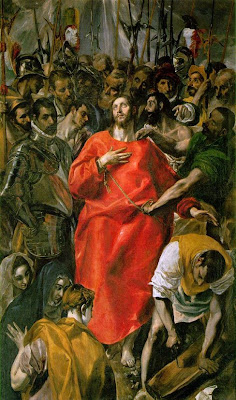 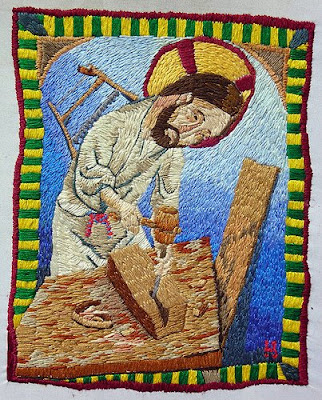 All of us must make a living
Even on a holiday week,
I had my family to think of,
Our finances looked pretty bleak.

But on that day I made a huge error
Working down Golgotha way
And here comes a Roman procession
Ruining my whole day.

For I am but a carpenter
Who works beside Zion’s door,
I couldn’t help being drafted
Though I had work galore.

It was me who heard his forgiveness
And the promise of paradise
It was me who witnessed the horror
And I can tell you it wasn’t nice.

The spear was thrust right up inside him,
The vinegar quenched no one’s thirst
His mother stood silently weeping
As if it had all been rehearsed.

Then the cry of desolation
God forsaken for goodness sakes,
When I hear it echo in my memory
My whole body gets the shakes,

And where were the famous ‘apostles’
Where was the Rock and the Thunders
The only ones there were the women,
And a ‘son’, it sure makes you wonder.

Where was the peace of Passover,
And Pilate’s clemency oath
Where was divine intervention
Before death stunted his growth?

There are things I’ll never decipher
Things which never make much sense,
For I am just a carpenter
Working hard for my pence

But from my view it seemed a disaster
That shouldn’t have happened at all
I hated the hand I had in it,
There’s more I shall not recall.

But when the disaster was over,
Right after he said it was done
The rain came pouring in torrents,
The skies blocked out the sun.

I heard that the great holy curtain
Was torn from the top to the ground
The earth shook like an earthquake,
The cross almost fell down.

No brothers stood by to bury him,
No family remained at all,
Just two old men from the Council,
Came quickly to cover death’s pall.

Later they called it Good Friday,
I can’t imagine why
Jesus was too full of life for this end
Too young and too good to die.

But now I remember one more thing,
Though at the time I sure thought it odd,
The soldier who stood right beneath him,
Proclaimed him the Son of God.

This is a keeper. I hope I have your permission to make copy for others.