Harran so Far Away 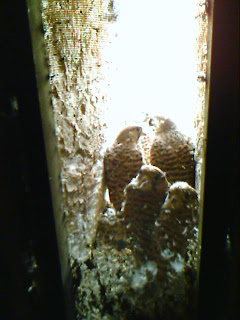 Baby Hawks nesting in the window slits inside the astrological tower 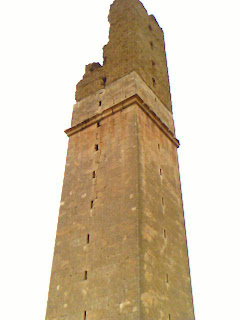 Even Closer Up of the astrological tower at Harran 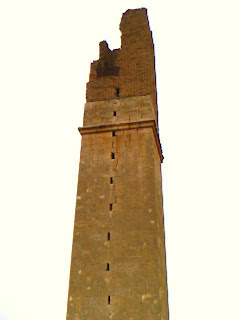 Close up of the astrological tower at Harran 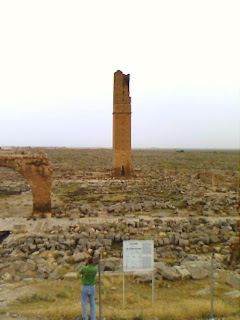 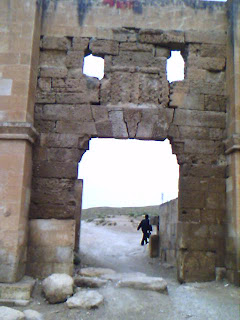 The gateway into Harran.


According to Gen. 11.31, the family of Abram moved from Ur of the Chaldees to Harran and lived there for a considerable period of time. Indeed Abram did not set out from there for Canaan until he was 75 according to Gen. 12. Scholars have debated where Ur is (most think it is in Iraq somewhere, though Cyrus Gordon once thought it was at the modern city of Urfa in Turkey, only 30 miles northwest of Harran), but most scholars are quite sure about the location of Biblical Harran. It is at the modern town of Harran, population 8,800 on the Turkish side of the Syrian border and near the Euphrates.

The ruins of Harran, which we visited last week are mostly from the Moslem period, with the exception of the gate (depicted above) and the astrological tower (also depicted above). Harran was at the juncture of the key east-west and north-south trade routes where the caravans stopped on their way along the silk and spice roads. The ancient city was considered so important that it attracted the wrath of Genghis Khan himself who with his Mongols destroyed it long after Biblical times. But it was once the very epicenter of the region when it came to the ancient art of astrology.

From this very tower in the second century B.C. the distance between the earth and moon was correctly calculated. Ancient astrologers were not tawdry palm readers-- they were mathematicians scanning the heavenly realms and making calculations. Think of the wise men in Matthew's Gospel. For someone on a spiritual journey, coming to Harran was like finding the ultimate ancient GPS device-- you fell right into the lap of the greatest stargazers and mystics available. It is no surprise then that Gen. 12.1-3 depicts Abram himself as receiving a revelation in this very place to move on to Canaan. As a crossroads town, Harran was an important watch and signal post as well, and they sent messages by means of trained birds to the next caravanserai-- trained birds like small hawks and carrier pigeons, just like the ones still nesting in the tower today. Imagine my surprise when I huffed and puffed up the tower only to find such birds still nesting there. Also in the center of the ruins was a huge reflection pool, also used for stargazing as in the movie 'The Nativity'.

A text without a context is just a pretext for what we want it to mean, and so studying the Bible in its original historical and archaeological context is critical. A trip to Harran, the once proud center of celestial revelations and great trade center, made me realize that Abram's family did not stop in some small backwater town on the way to the promised land. Indeed, they took up residence in the very epicenter of spiritual searching and communication, until God saw fit to reveal to Abram it was time to move on.
Posted by Ben Witherington at 6:53 AM

Ben, great stuff! This will certainly add to my preaching when I'm in Genesis (and elsewhere). Is it okay to download your pictures and use them in my PowerPoint slides when preaching from Genesis? I always try to give credit to ideas and pictures in my sermons.