The 'Unbearable' Lightness of Being 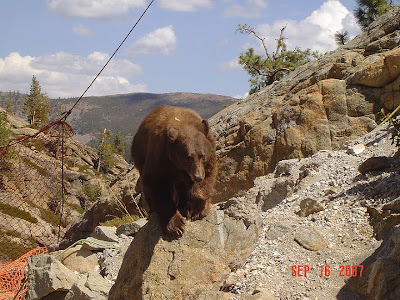 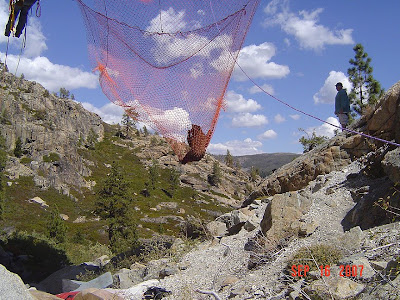 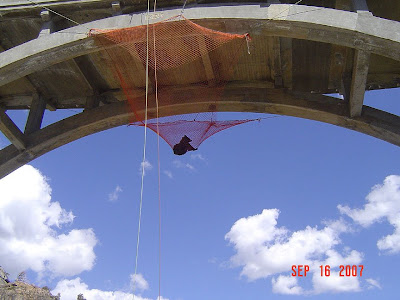 Meet Mr. Bear. He may look fine in this top picture, but he just lost several years off his life. I mean, he had to be lowered in a net back down to the ground, because as you can see if you scroll down, he got himself stuck up in the crevices of a bridge, and at one point was hanging by his finger nails, or toe nails, or whatever it is he's got. Gives new meaning to the phrase 'hanging ten'.

It was a pretty smart thing that he took a time out and had a snooze between the overpass on the bridge, and the bottom of the bridge, but then when he tried to get out--- well, things became unbearable. Thankfully there were some friendly humans there to catch him in the orange net and lower him to the ground.

My question is, how will Mr. Bear explain his big adventure to Mrs. Bear, and will she even believe it? Surely, she will not accept just the bare facts as they stand. Maybe he could requisition some of these pictures as evidence. 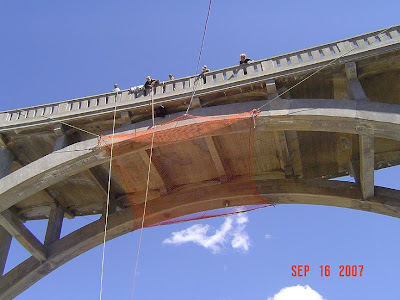 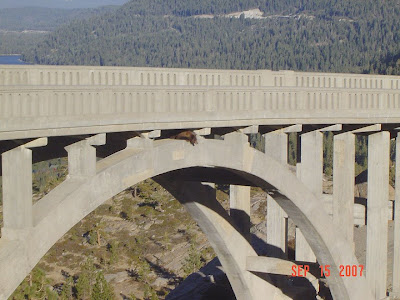 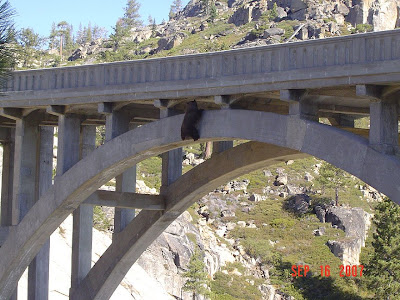 Posted by Ben Witherington at 4:56 PM

Oh my word! How in the world did he even make it into that crevasse to begin with? Crazy bear... Well, whoever his wife is must have one kind of sense of humor to have matched herself up with the likes of him! Thus, I don't think he'll have much of a problem explaining himself ;)

"...how will Mr. Bear explain his big adventure to Mrs. Bear, and will she even believe it? Surely, she will not accept just the 'bare' facts as they stand."

I found this story encouraging on 2 levels: 1.) The tenacity of the bear; and 2.) The ingenuity and concern of the rescuers.

The best blog entry of the day!